Forward-thinking countries have recognized the healing benefits of cannabis. The most recent legislation of medicinal and recreational marijuana legalization was in Canada in October 2018.

The approved operation of retail stores this year in one of the biggest cities in the country, Ontario, has proven that a lot are in favor of this high-caliber plant. Consumers are no longer limited in purchasing from mail-order marijuana delivery services such as Get Kush dispensary.

On top of this, manufacturers have also been pushing this advocacy at a maximum. Other derivatives of cannabis plants such as cannabis oil are making waves in the health care industry. The efficient ability of cannabis oil in mitigating several health issues such as epilepsy, chronic pain, inflammation, anxiety, diabetes, neurological disorders, and even cancer will never go unnoticed. 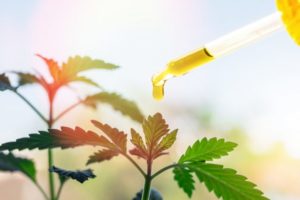 And since cancer is due to the abnormal proliferation and mutation of cells, the medicinal cannabinoids in cannabis oil is known to help kill abnormal cancer cells especially in the early stages of cancer.

How CBD Oil Helps in Apoptosis

As these cells grow and divide, they become more uncontrollable. And since they no longer respond to apoptosis, they tend to expedite cell proliferation and ignore the other signals from ?normal cells.? That is why the endocannabinoid system is an extremely important system in the body because it also helps in modulating cell growth and death.

As cancer cells reproduce faster than the endocannabinoid system can handle, the cancer cells invade through the normal tissues and spread throughout the body. This process is called metastasis. 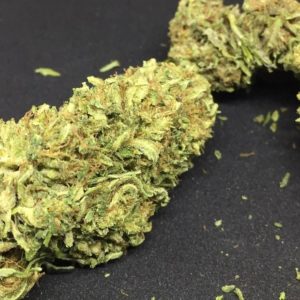 THC is the active compound in cannabis that binds to the CB1 receptors and is responsible for mood, behavior, and other cerebral functions. On the other hand, CBD latches onto the CB2 receptors and tells these receptors if there are ?invaders? that are detrimental to the body.

The apoptotic process by these receptors is achieved through the de novo synthesis of ceramide and sphingolipid that promote cell destruction.

Once they bind together, the receptor activation can then help the endocannabinoid system in signaling an antitumorigenic warning. Which means, it impairs cancer development through inhibiting reproduction, metastasis, and tumor angiogenesis.

Although further studies have yet to be reviewed to prove these claims, the cannabinoids in cannabis oil have undeniably helped cancer patients one way or another. Chemotherapy patients have also turned to cannabis oil for alleviating their post-chemo side effects such as nausea, vomiting, fatigue, inflammation, neuropathic pain, immune suppression, and loss of appetite.