Home » Cannabidiol (CBD) » The difference between marijuana and cannabis 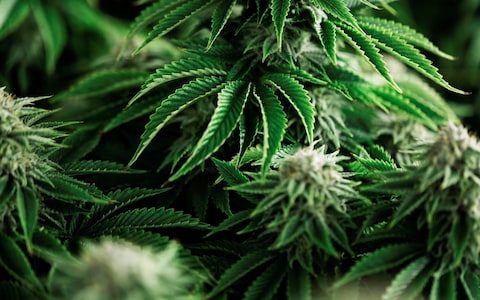 It’s time to clear up any doubts that have arisen about the difference between cannabis (marijuana) and industrial hemp (hemp). Why is there so much controversy surrounding this plant while at the same time its potential health benefits are always mentioned? The truth is that there are more similarities than differences between the two strains, but each has its own unique characteristics and individual benefits of use.
Cannabis Sativa L.

What we used to call “cannabis” and “hemp” are simply different varieties of one and the same mother plant Cannabis sativa L. The differences we know between cannabis and industrial hemp are the result of many years of selective breeding. The compound found naturally in the highest amount in Cannabis sativa L. has psychoactive properties. The second most abundant compound is CBD, a compound that shows promise for medicinal properties. Historically, farmers have grown cannabis plants to produce disproportionately high concentrations of psychoactive cannabinoids, limiting the already small percentage of natural CBD.

It all comes down to the name

Cannabis is a term used primarily to refer to the psychoactive, flower-rich female plants that have been a source of both idolatry and hatred for centuries. Throughout most of known history, cannabis has been referred to as “marijuana,” a term steeped in negative connotations and an unfortunate image. The renewal of the term “marijuana” is a rebranding response to the need to establish that instead of a drug, it is a safe plant with health potential.

Incidentally, “hemp” (which is the precursor to the name marijuana) almost exclusively describes a plant used to produce a wide range of practical and edible products that won’t make you feel intoxicated. Industrial hemp is commonly used in skin care and hair care products, as well as healthy oils, and milk substitutes and stem pulp.

As dietary supplements, industrial hemp is high in protein (higher plant protein values are only found in soybeans). Hemp seeds contain all 9 essential amino acids that the human body does not produce (exogenous) and the other 11 synthesized in the human body (endogenous). Hemp continues to show potential as a fuel source and as a fiber additive used in green paper production and recycling.

Cannabis and industrial hemp have been bred for many generations, and as a result have gained some traits and lost others. In its natural form, Cannabis sativa L. is grown outdoors in close proximity to other members of the same species, which facilitates natural pollination. This causes the female flowers to produce seeds and continue the life cycle of the plant. You may have heard that cannabis is a female plant and industrial hemp is a male plant, but this is not true.

Growers cultivate psychoactive strains of cannabis in order to make it as potent as possible. Cannabis growers largely use feminized seeds so that their plants do not go through the pollination process. Once sexually mature, these plants produce unfertilized, cannabinoid-containing, hair-rich flowers that can be consumed for psychotropic effects.

Generally, psychoactive hemp is grown as relatively small and bushy plants, allowing for many flower-rich stalks. Industrial hemp is a tall plant, resulting in stiff stalks that can be used for many applications, from building houses to weaving carpets.

Industrial hemp is grown at negligible levels of psychoactive substance (less than 0.2%). This is ideal for their roles in infrastructure, processing and food and drug production. This hemp still contains the important cannabinoid CBD which has many health properties. 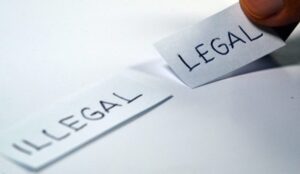 The importance of rhetoric is no longer felt or noticed with respect to Cannabis sativa L. In Earnest Small’s book “The Hemp Species Problem,” a scientist sets out an arbitrary distinction, making it clear that hemp labeled “industrial” should contain less than 0.30% THC. This position has influenced (in some cases directly) hemp production standards in many countries.

Although many strains of cannabis contain high amounts of psychoactive compounds, ranging between 10-30%, these compounds have been shown to have beneficial health-promoting properties such as facilitating sleep, stimulating appetite, and reducing nausea. Research also indicates an increase in the use of psychoactive drugs for serious diseases such as cancer and epilepsy.

Industrial hemp is often produced for its seeds, which offer high nutritional benefits. In addition to protein, industrial hemp contains high levels of essential polyunsaturated fatty acids and saturated fatty acids. They also contain high concentrations of CBD showing many analgesic and anti-inflammatory benefits. Industrial hemp and psychoactive hemp contain dozens of other cannabinoids and terpenes that work synergistically to provide a range of therapeutic options.

The most versatile plant 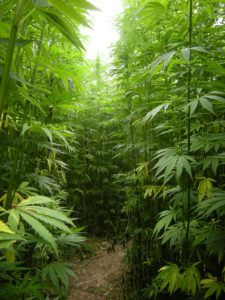 Although the differences in psychoactive constituents between these strains affect their use, Cannabis sativa L. is a very far-reaching plant. Although the controversy surrounding “hemp” may be receding, it is clear how this plant is currently influencing economic and political precedents.

To produce CBD oils, only naturally grown hemp is used. We guarantee that our products are free of psychoactive substances and undergo transparent and rigorous testing, ensuring the highest quality in every case.