Home » Cannabidiol (CBD) » What are terpenes? 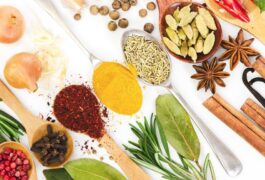 What are the terpenes contained in hemp and CBD oil?

The psychoactive cannabinoids contained in certain species of hemp (Cannabis sativa L.) have long been in the spotlight, but the rich and complex world of compounds is right under our noses – untapped and irreplaceable. Nowhere is this more evident than with terpenes. Terpenes, of which more than 140 types occur naturally in various cannabis plants, have extremely beneficial effects. They can be found in many cultivated plant species such as hops, lavender, lemon peel, cinnamon and peppermint.

Terpenes are otherwise known as essential oils, which have no psychoactive effects and do not belong to the cannabinoid group. However, they are secreted by trichomes – the same resin glands that are responsible for producing cannabidiol (CBD) and the other cannabinoids. Terpenes are known, primarily, for their distinct, recognizable aromas. The most distinctive aromas are emitted by unpollinated female cannabis flowers, the vast spectrum of which are contained in the trichomes.

Like cannabidiol (CBD), terpenes remain often underestimated in the presence of psychoactive cannabinoids. Today, however, a growing number of scientists are realizing the importance of terpenes themselves, as well as their combined effects with other chemical compounds. It has been scientifically proven that terpenes provide positive, synergistic effects when combined with other cannabinoids. In a study titled “The Entourage Effect” The Entourage Effect” explains that cannabinoids do not exert the same effective effects when isolated as they do when combined with other important chemical compounds. They have been shown to interact both directly and also to enhance the therapeutic effects of cannabidiol (CBD) and other cannabinoids. 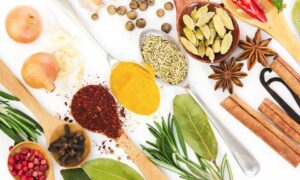 Knowing the beneficial effects of terpenes on the human body, it’s no surprise that they are also essential for protecting the cannabis plant itself. Terpenes act as natural defenses that attract pollinating organisms but protect against pests and bacteria while also protecting against environmental stressors. Therefore, some terpenes are extracted for use as all-natural insecticides and for use as part of other pest control methods.

The spectrum of terpenes contained in hemp is broad. Each type occurs in varying concentrations and frequencies, and they can be highly volatile. Essentially, terpenes have a direct impact on the effectiveness of cannabis-based supplements and medical marijuana treatments, making it even more important to undertake further research on cannabis. Out of so many types of them, we have prepared a study of their three most common ones that are used extensively.

Limonene is one of the most prominent terpenes with a pleasant citrus aroma. This terpene is believed to have strong antifungal properties that are used in natural supplements. Limonene is commonly used in combination with other terpenes to increase their absorption levels.

Pinene is a dicyclic terpene partially made up of a mono-ring terpene called limonene. As its name suggests, it gives off a pine-like odor and is found in pines, firs and other coniferous trees. Pinene is extracted and used for its anti-inflammatory properties. Several other terpenes are also hopeful in this regard.

Micerene is the terpene most abundant in cannabis, which is characterized by an earthy smell with notes of musk and clove. Micerene has anti-inflammatory properties and can be used as an analgesic. In addition, research has been conducted on its use in healing and reducing the size of ulceration.